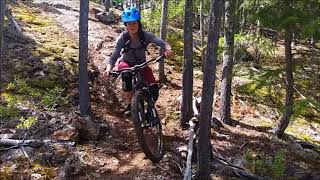 Second year of living in Whistler for the summer and working for the Whistler Off Road Cycling Association (WORCA) youth camps.  Some great
3 views0 comments 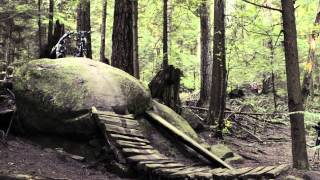 Muddbunnies riding club is dedicated to women in mountain biking. They hope this movie shows, with a little humour, their enthusiasm for the
1 view0 comments

DON'T TAKE IT PERSONALLY, BUT MAYBE YOU NEED TO HTFU!

Why you need to HTFU and push yourself Yes, that’s what I said. Now let me explain a little bit more before you get offended. How did you g
2 views0 comments

Another 2 hours later we arrived at said point, I guess I forgot to point out it’s one of those evil points of reference that never seems to
2 views0 comments

Again we had an amazing group turn out, the special treat for this trail day was the trails namesake, Dale actually came along to help out f
3 views0 comments

Originally posted on Muddbunnies.com After a three year hiatis I decided that 2014 was the year to revive the Aussie Diaries. A lot has happened in three years, but some things stay the same. I’m still the same mountain bike obsessed girl I was in 2011 and the Muddbunnies are still a huge part of my life. With almost everything else in my life being in flux it’s nice to have a couple of constants. So let’s get this started by playing catch-up. 2011 – 2012 in short hand
0 views0 comments

Pedaling up to the Hey Bud trail head gave me an opportunity to fiddle with my cockpit and generally get a feel for the bike, first thing I
0 views0 comments